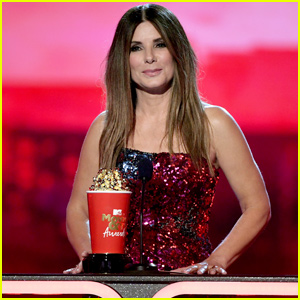 Sandra Bullock has her children to thank for her 2019 MTV Movie & TV Awards win! The 54-year-old actress took home the award for Most Frightened Performance for her role in Birdbox and accepted the honor with a touching speech. Sandra explained that she took on her role in the film after nine-year-old Louis and
Full Article at Just Jared