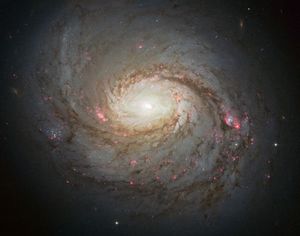 Based on new observations of super spiral galaxies, a team of scientists has found that they have massive dark matter halos that cause them to rotate much faster than our own! The post The Most Massive Galaxies Spin More Than Twice as Fast as the Milky Way appeared first on Universe Today.
Full Article at Universe Today