Will.i.am Confronted by Police After Onboard Incident With Qantas '#RacistFlightattendant' 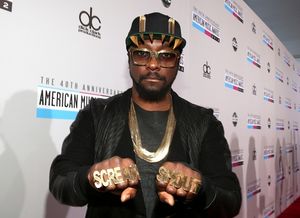 Black Eyed Peas singer Will.i.am was met by five police officers upon disembarking a plane in Sydney, Australia Friday following an incident with a Qantas flight attendant whom he called “racist.” “I’m currently on a flight from Brisbane to Sydney. I’m sorry to say me and my group have experienced they worse [sic] service due to a overly aggressive flight attendant… I don’t want to believe she racist. But she has clearly aimed all her frustrations only at the people of colour,” he wrote in a Friday tweet. According to Will.i.am’s tweets, he couldn’t hear the attendant’s announcements over the PA system because he was...
Full Article at The Wrap