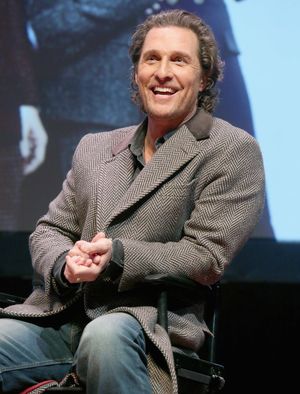 Did Matthew McConaughey turn down the role of Jack in "Titanic"? He's setting the record straight! Matthew sat down with Rob Lowe for his "Literally" podcast, and they chatted about the "Titanic" rumors. It turns out McConaughey did try out, explaining, "So I went and read with Kate Winslet and it was not one of the auditions -- they filmed it, so it was like into screen test time. After we left, you know, it was one of those ones where they, like, followed me and when we got outside they were like, 'That went great.' I mean, kind of like hugs. I really thought it was going to happen." In the end, they didn't offer him the role and instead it...
Full Article at Extra