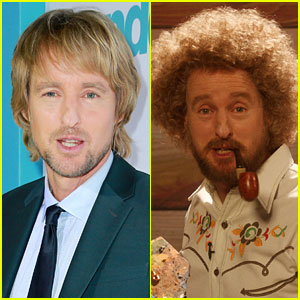 Owen Wilson might not be playing the actual Bob Ross in his upcoming movie, but he’s channeling the famous painter in the first still from the film. The 54-year-old actor is starring in the upcoming movie Paint, in which he portrays a fictional television painter. Owen plays Carl Nargle, Vermont's #1 public television painter who
Full Article at Just Jared