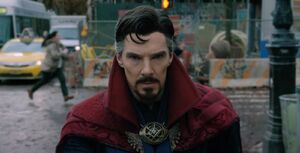 We're four months away from the Doctor Strange in the Multiverse of Madness premiere, which will probably be the most significant MCU movie of 2022. It might be even bigger in scope than Spider-Man: No Way Home, as it'll focus on the multiverse even more than the standalone Spider-Man movie. That's quite understandable, considering that … The post This Multiverse of Madness plot leak offers exciting Doctor Strange details appeared first on BGR.
Full Article at BGR