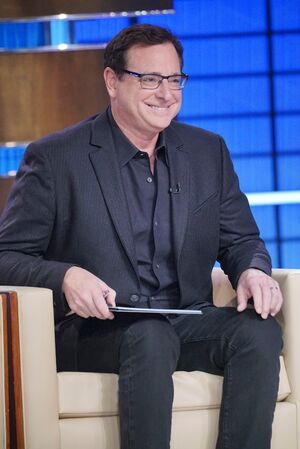 Hollywood is mourning the sudden death of Bob Saget, who was found unresponsive in a hotel room Sunday while on a comedy tour. "Extra's" Billy Bush spoke with comedian Tim Wilkins, who opened up for Bob's final "I Don't Do Negative" comedy shows. Tim admitted, "This is a shock I wasn't expecting." As for their backstage interactions, Tim shared, "He was in beyond great spirits, both nights, just so happy to be onstage. He did an hour and 45 minutes on Friday and two hours on Saturday, and you only do that as a comedian when you're having a good time... He was in good health and good spirits." Bob even tweeted about Tim and his comedy show in...
Full Article at Extra