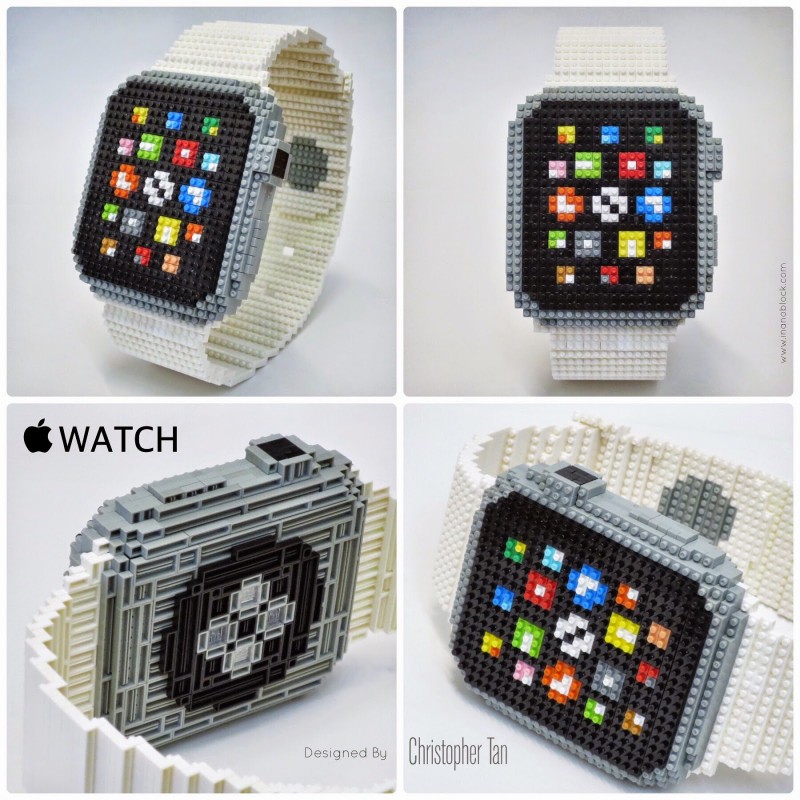 With just under a month until the April 24 launch date of the Apple Watch, internationally renowned Nanoblock artist Christopher Tan has re-created the Apple Watch in block form in anticipation of the wearable's release next month. As Tan notes, the sculpture is a 2.6x scale model of the 42mm Apple Watch created from over 800 pieces of Nanoblock, which is a popular building block product in Japan, akin to LEGOs. Tan says he's "been a long-time Apple fan" and is "eagerly anticipating the Apple Watch." Tan has been creating Apple-related Nanoblock structures for a while now, last year debuting a 2,000-piece structure of the Fifth Avenue Apple...
Full Article at Mac Rumors