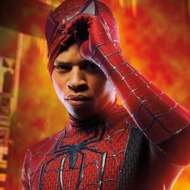 Spider-Man may be a biracial teen named Miles Morales in the current comics, but the version you'll see in the film franchise's next reboot will once again be Peter Parker, played by yet another white kid (Tom Holland). It's a tired trend Marvel has no intention of breaking, but there's ... More
Full Article at New York Mag