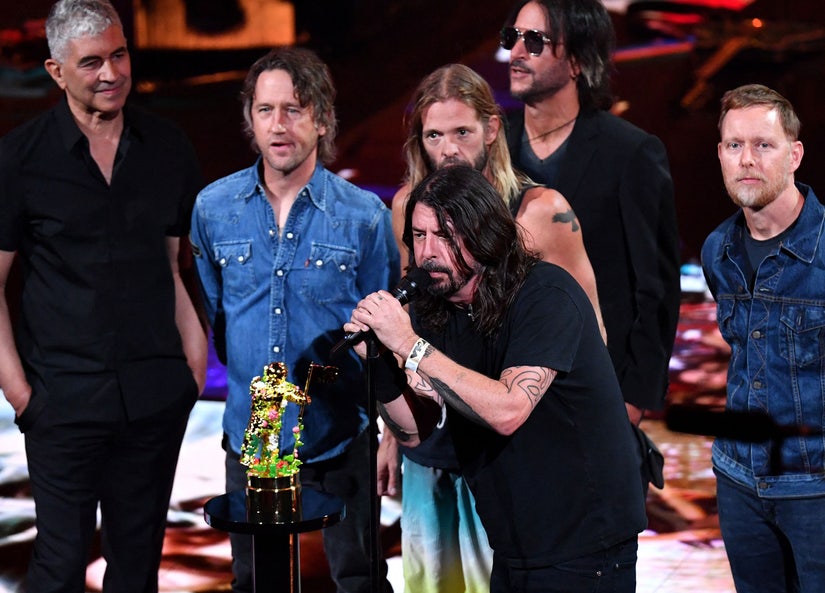 This marks the first time the Global Icon Award has been given out at the American VMAs. The Foo Fighters received the Global Icon Award at the 2021 MTV Video Music Awards on Sunday night. During the ceremony, which took place at the Barclays Center in New York City, the rock band was honored with the Global Icon Award, with Billie Eilish presenting the group with the award. Accepting their Moon Person, Foo frontman Dave Grohl and the band thanked MTV for the special honor and for the network's support over the years. "Thank you very much ladies and gentlemen for having us here tonight. It's quite an award to receive," said Grohl, 52. "We've...
Full Article at toofab