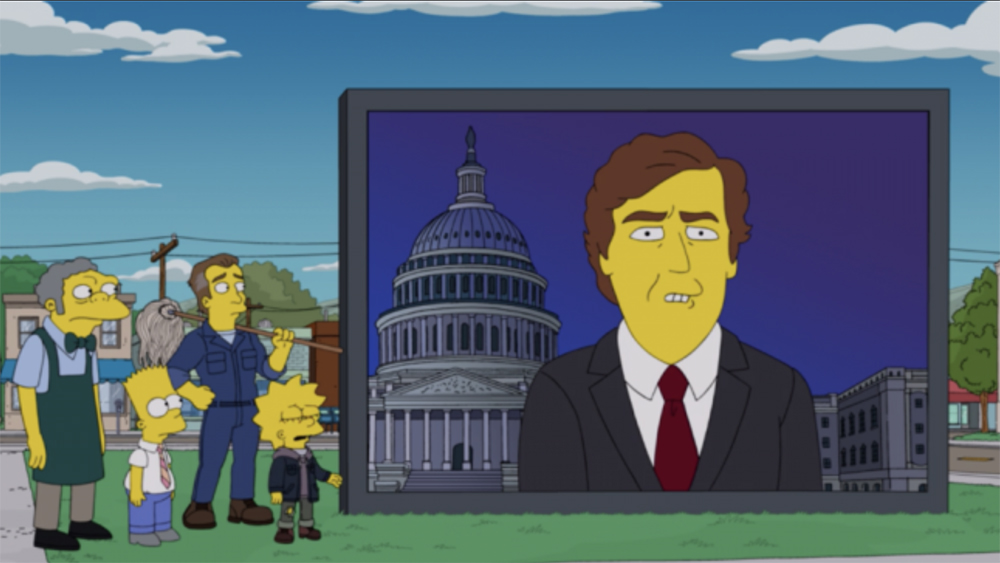 “The Simpsons” took aim at the Fox Corporation on Sunday in a musical number about the death of the U.S. middle class, during the finale of its 33rd season. At one point, the show pointed its criticism to the ever-controversial Tucker Carlson, who at one point in the number says “Putin for president, next on […]
Full Article at Variety