2022 Emmy Awards: The Most Viral Moments of the Night 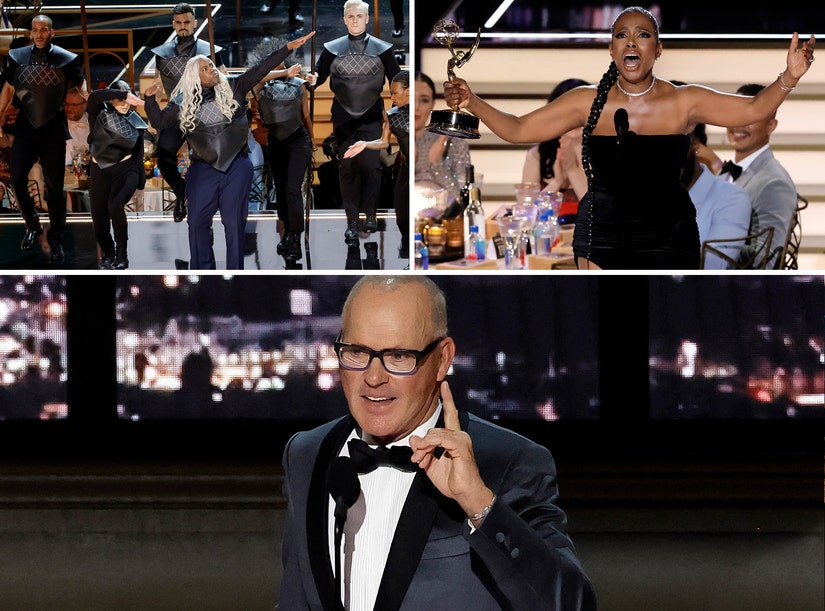 Television's biggest stars stepped out for the 73rd annual Emmy Awards on Monday -- and we'll be keeping track of the night's most buzz-worthy moments right here. This year's telecast is hosted by "Saturday Night Live" star Kenan Thompson and is taking place at the Microsoft Theater after spending the evening outside at L.A. Live's Event Deck in 2021. Heading into the night "Succession" led the pack with 25 nominations total. Close behind it were "Ted Lasso" and "White Lotus" with 20 each, as well as "Hacks" and "Only Murders In the Building" with 17 apiece, "Euphoria" with 16 and "Barry," "Dopesick," "Severance" and "Squid Game" with 14. The...
Full Article at toofab