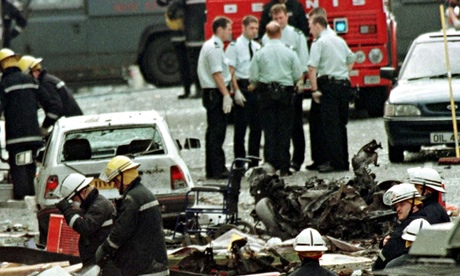 Independent investigation into police intelligence prompted by report of MPs' questions concerning Real IRA bomb attack A police ombudsman investigation into the Omagh bombing, which killed 29 people, will be published imminently, it has been revealed. The Real IRA attack in County Tyrone, Northern Ireland 16 years ago was the worst single atrocity of the Troubles. The victims included a woman who was pregnant with twins.
Full Article at The Guardian