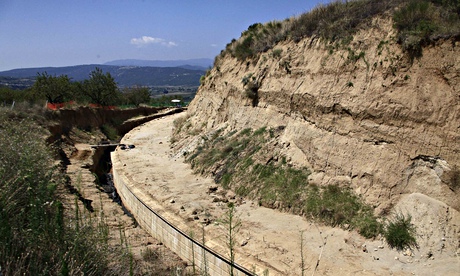 Site dates to end of Alexander the Great's reign in 4th century BC and may be grave of a prominent Macedonian, say officials Archaeologists have unearthed a vast ancient tomb in Greece, distinguished by two sphinxes and frescoed walls and dating to 300-325BC, the government announced on Tuesday. The tomb, in the country's north-eastern Macedonia region, which has been gradually unearthed over the past two years, marks a significant discovery from the early Hellenistic era. A culture ministry official said that there was no evidence yet to suggest a link to Alexander the Great who died in 323BC after an unprecedented military campaign through...
Full Article at The Guardian